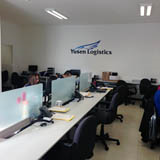 Music Choice is expanding its new artist initiative PRIMED across its entire national footprint including its digital properties with its recently launched streaming video channels on Musicchoice.com. The robust programming initiative gives artists unprecedented access on Music Choice including exposure on the #1 Free Video On Demand network, on TV with Mediabase reported Music Channels and interactively with Music Choice Play. The initiative kicks off nationally with hip hop/pop duo Kalin and Myles.

Music Choice will also provide a robust marketing and promotional campaign off channel to complement the program and to further raise awareness for artists who have earned the right to be supported. Music Choice hopes to champion talent in a multi-tiered manner to encourage the growth of the next generation of artists. The new artist initiative will also hit the road for the inaugural, “MC Primed LIVE” tour slated for fall 2015. The tour will feature new artists that are poised to be the next big things.

“We are really excited to be a part of the Primed launch with Music Choice. We were really excited when Music Choice started playing our song Trampoline and we know the KAMFAM was too! It was such a cool experience filming this and we hope everyone enjoys a little behind the scenes from The Dedication Tour. YEE!” – Kalin and Myles


Music Choice Play will feature a special Primed: Kalin and Myles show that will premiere nationally Thursday, May 21st at 8pm ET. (check local listings). Who knows more about new artists than we do? The rising stars themselves. Get to know the next big thing on Primed. #MCPrimed. The episode will become available on Music Choice On Demand and musicchoice.com following its initial broadcast premiere on Music Choice Play.

Music Choice Music Channels will feature each artist in a special airplay rotation on their respective genre channels that will be reflected on Mediabase & BDS. Artist panels will air on-screen along with distinct color theme to alert consumers that the artist they are watching is a PRIMED artist. Kalin and Myles will be featured in a heavy rotation on Music Choice Teen MC and Hit List Music Channels starting May 21st.

Primed was originally launched on Music Choice On Demand in 2013. Artist that have been featured include: Macklemore, Lorde, Imagine Dragons, A$ AP Rocky and many more. For more information about Music Choice, log onto http://musicchoice.com/ or to become part of the Music Choice community join us on Twitter: @MusicChoice or Facebook.

About Kalin and Myles

After building an immense following independently, Bay area hip-pop duo KALIN AND MYLES signed to Republic Records in 2014. Their first major label EP release, Chase Dreams, vaulted into the Top 15 of the Overall Top Albums Chart, while reaching #3 on the Pop Albums Chart. The collection’s first single “Love Robbery quickly racked up over 4 million views on YouTube and over 7 Million streams on Spotify, while snagging the #1 most played spot at Power 106FM in Los Angeles.

Most recently, Kalin and Myles released their Dedication EP. The video for their latest single Trampoline trended for hours on Twitter upon its release, while shooting to #2 on the Billboard Trending 140 chart. The song has been making waves as it climbs up radio charts with early support from key players in the industry. USA Today recently named KAM as artists On The Verge with Billboard featuring the duo as one of Tomorrows Hits. Whats more, Complex featured Trampoline as a song that was bout to blow, declaring it one of the hottest records out.

Kalin And Myles just wrapped their 50-date Dedication Tour where they have been performing to sold-out shows and packed crowds. For more information visit: http://kalinandmyles.com.

ikeGPS Limited (NZX:IKE) is experiencing significant growth within the sign and banner industry, a 2015 estimated $ 1B market in the United States. Spike, the worlds first laser accurate Smartphone measurement solution, allows a user to capture the height, width, and area of a building or its features simply by capturing a photo with a Smartphone or Tablet. Since the commercial launch of ikeGPS Spike product in late 2014, Spike has already been adopted by more than 100 franchise and independent sign companies.

Signage professionals are deploying Spike to dramatically speed up the capture of measurements for the placement of a new sign or to replace an existing sign, especially in locations that can traditionally only be accessed by ladders, scaffolding, or aerial lift trucks. Sign companies find Spike particularly beneficial during the initial site survey, for creating estimates, designing proofs, submitting permits, and assigning installation work orders.

Kyle Freeman, Production & Estimating Manager of Lightning Quick Signs based in Waveland, Mississippi, says, We found Spike while looking for a way to survey customer locations for signage without sending bucket trucks, cranes and costly labor just to measure a potential customers location. Now our sales staff can easily take a photo, bring the tablet with the photo back to the office, and then we have everything we need. Spike paid for itself in less than one month.

ikeGPS continues to deepen its engagement in this market. The company is a preferred partner of Signworld, a commercial sign organization comprised of over 260 sign company owners. ikeGPS will be exhibiting at Signworlds annual trade show taking place March 26-29 in Las Vegas, Nevada.

ikeGPS is a member of the International Sign Association (ISA), a 2300-member trade association whose members represent manufacturers, users, and suppliers of on-premise signs and other visual communications products within the United States and 54 countries around the world. ikeGPS will be exhibiting and demonstrating Spike at ISAs International Sign Expo, April 9-11, 2015 in Las Vegas, Nevada, which is expected to draw over 21,000 attendees.

ikeGPS is also a member of the Specialty Graphic Imaging Association (SGIA), the international association supporting the leaders of the digital and screen print community. The SGIA Expo takes place in the second half of 2015 in Atlanta, Georgia, where ikeGPS will be exhibiting.

Spike is being adopted by different industry segments, but the sign industry in particular is very exciting, says ikeGPS Chief Marketing Officer Jeff Ross. Spikes ROI is incredibly strong for a signage professional looking for a faster, safer, and more effective way to conduct site surveys and prepare estimates for customers. International airports, shopping malls, and conventions centers are also adopting Spike for signage and advertising purposes. ikeGPS has only scratched the surface for Spikes potential within the signage market.

ikeGPS mission is to revolutionize every measurers day. Its field data collection and asset management solutions have been adopted around the world and used in in a variety of industries including Utility, Telecom, Government/Defense, and Engineering. The Company has a Trademark Agreement with General Electric and markets its Electric Utility solution as GE MapSight.

The company recently introduced Spike, the worlds first laser accurate Smartphone measurement solution. ikeGPS global sales and marketing headquarters is based in Colorado USA. ikeGPS Group is listed on the main board of the New Zealand Stock Exchange under the stock symbol IKE. For more information, visit http://www.ikegps.com.